Da non perdere
Home / Copertina / “Soleimani was not a terrorist!”, but he actually was. In spite of someone’s very peculiar opinion

“Soleimani was not a terrorist!”, but he actually was. In spite of someone’s very peculiar opinion

Italian are very peculiar people. When they have to express an opinion – any opinion – they just say “No it’s not like that” or “So the other one acted worse than this one”: They do not have – generally speaking – any reason for saying what they say, so they can’t give you explanation, but very little knowledge and lots of repressed hate-speech hidden in their bellies. Very sad.

This daily news I am a publisher of, published a couple of articles about Trump and Soleimani. The story is a very well known story. The USA president decided to bomb a dangerous terrorist like Soleimani in the way we know. This doesn’t mean we see Mr. Trump with other eyes. He is still the worse possible man at the White House. And this is an opinion. Soleimani was a terrorist. This is  a fact.

It’s not been this daily news to decide the dead Soleimani was a terrorist, it’s been the UN Assembly and their investigation was based on a detailed description by witnesses of mass destruction’s weapon proliferators. As you can read:

Added to the Specially Designated Nationals (SDN) list maintained by the U.S. Department of the Treasury’s Office of Foreign Assets Control (OFAC) on October 25, 2007, freezing his assets under U.S. jurisdiction and prohibiting transactions with U.S. parties, pursuant to Executive Order 13382, which targets proliferators of weapons of mass destruction (WMD) and their delivery systems; foreign parties facilitating transactions for the entity or otherwise assisting the entity are subject to U.S. sanctions; identified as a “key person” of the IRGC in an annex to U.N. Security Council resolution 1747 of March 24, 2007, which lists entities of proliferation concern; with some exceptions, the designation requires states to freeze the financial assets on their territories which are owned or controlled by the person, by his agents, or by entities he controls; the designation also requires states to ensure that funds, financial assets or economic resources are prevented from being made available by their nationals or by any persons or entities within their territories, to or for the benefit of the listed person; the resolution calls on states to “exercise vigilance” in allowing the designated person to enter or to transit through their territories, and requires states to notify the Security Council if the person does so; listed by the European Union on March 24, 2007 as a person linked to the IRGC; with some exceptions, European Union member states must freeze all funds and economic resources owned, held or controlled by the listed person, and prevent funds or economic resources from being made available to him; sanctioned by the governments of Norway and Switzerland, restricting business and financial transactions with the listed person and/or freezing his assets in those countries.

General Soleimani was reported as the author of orchestrated terrorist attacks in Thailand, India, Nigeria and Kenya; reportedly organized Iraqi militias to conduct attacks on U.S. forces in Iraq; reportedly assisted Hezbollah in a kidnapping of Israeli soldiers in 2006; oversaw the Qods Force officers involved in a 2011 plot to assassinate the Saudi ambassador to the United States in Washington, D.C.

And there’s more to read: Here, and here, and here. In spite of what they write and scream from any social they can colonize, a terrorist is a terrorist not an opinion. Of course a jerk is a jerk. And he should not be a president. Means maybe that USA citizens are very peculiar too? 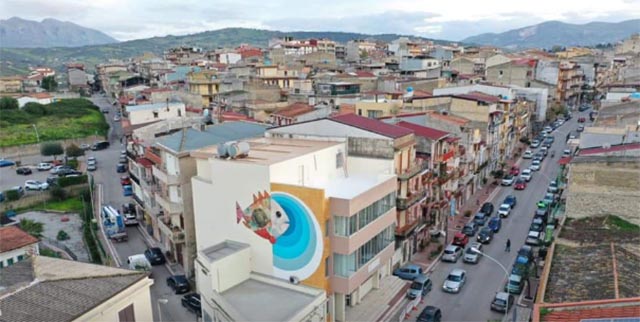